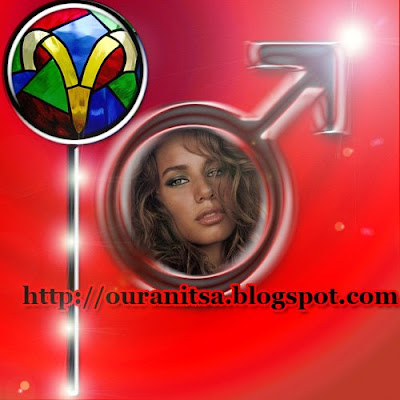 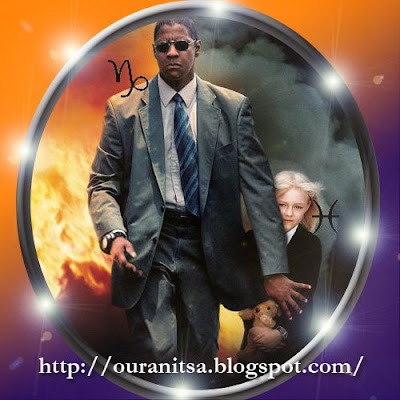 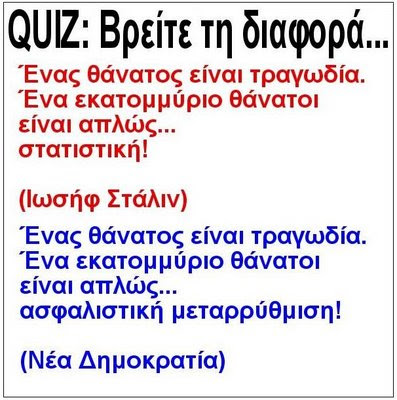 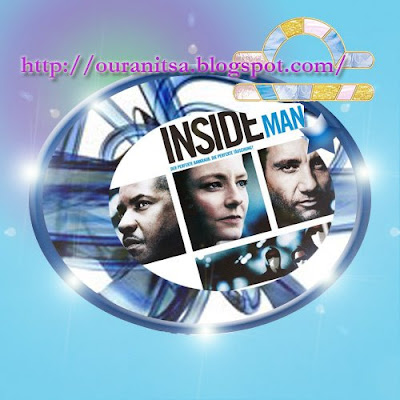 The Sarjatik System of Occult Astrology is a scientific system that explains how the planets affect the Earth, Environment, Regions and Human Life? It clarifies that the planets only affect the human life maximum by 24% and not 100%. In fact, 76% influence of planets on life comes other factors like genetic properties from parents, regional effect, environment of one’s upcoming, the history of past destiny from deeds of previous birth, the paternal background, among others.

190. Swamy Raj: “My reverend Lord Vishnu, You have been kind enough to explain to me various factors of different effects on life up to 76%.”

192. Lord Vishnu: “Yes, my dear Swamy, the remaining effects on human life are 24%, caused by different planets and objects in the Solar System.”

193. “The people think that planets and stars do everything in their life, which is not correct, it is their misconception, delusion or false imagination.”

194. “They affect the life of a human being only to a certain extent and do not cover all events of life. The planets or stars or any other concerned space objects are not responsible for all proceedings of life of a person, place, region or the Earth.”

195. “The calculation of planets, if properly computed, indicates what is right time to start a thing, its middle or end and that too depending on the nature of the task or mission, whether one really qualifies it or not.”

196. “Similarly, the planets and stars can indicate the negative period for a certain type of job, travel, or any type of initiative, undertaking or task. Wherever, the stars do not support a particular or job, its alternative is the best solution to seek from expert astrologers."

197. "Each type of planet has it own potency and power and its effect is different every femto second. Their distance from the Sun and the Earth are important factors, their orbiting position count and their effect on life on the Earth is according to the strength of their degrees."

198.Lord Vishnu continued: "If the degree of the planet or object is commanding or powerful, it shall influence on the Earth, its atmosphere and life.

199. "Since all planets and objects shed their rays on the Earth collectively, each planet partly loses its individual potency and merges into the total effect of their orbiting positions on the Earth. The power of planets and concerned objects should be worked out individually and jointly for their combined effect."

200. "All planets and their shared effect do not influence every body equally; the effect changes on every person even if a thousand people are born at the same time, place and date, shall have divergent life effect since they cannot be alike in their previous birth and cannot be similar in destiny wise."

201. "All planets of an individual should be read with the planets of one’s parents and their place of birth, if possible the names of grand parents should be included in the calculation of Occult Astrology, particularly when a child born."

202. Swamy Raj: “My dear Lord of Lords, kindly let me know in short how the planets affect the human life and what’s the broader formula to work out the predictions of a person?

203.Lord Vishnu: Each planet has its own composition of either gaseous, rocky or of other natures with mixed matter and energy. According to its mass, composition, gravity, distance from the Sun and the Earth and its orbital position, it releases its energy and rays that fall on the Earth.

204. "That depending on the orbit and distance of each planet or object from the Earth and the Sun, they shed their effect on the Earth through their rays and that eventually affect the human life."

205. "The planets and objects that come in the way of the Earth by blocking its rays. touch the Earth and affects its atmosphere, which is continuously changing every femto second."

206. "Each human catches the signals of these planets through various organs of the body. The Sun affects the whole body and also affects through third finger from the thumb."

207. “To cite an example of Jupiter, it releases its rays through hair, ears, first finger from the thumb, both hands and feet. Its rays are auspicious in Cancer and inauspicious in Capricorn."

209. "Thus the child attains the individual as well as collective strength of all planets and as per their nature and strength the child is influenced by them as and when the planets change their course and come either closer to the Earth or go far away from the Earth."

Note: The above 210 texts published in International Reporter under Sarjatik System of Occult Astrology are derived from ‘Vishnu Jyotish Puran’,and released by Vishnu Bhakt Swamy Raj Baldev. The series of Vishnu Jyotich Puran is very long, only VIII installments are published in International Reporter earlier, and it is the IXth installment. The entire puran (Book) shall be released by Media International Limited, New Delhi, later on very shortly. The puran sheds light on Universe, Life and Occult sciences. 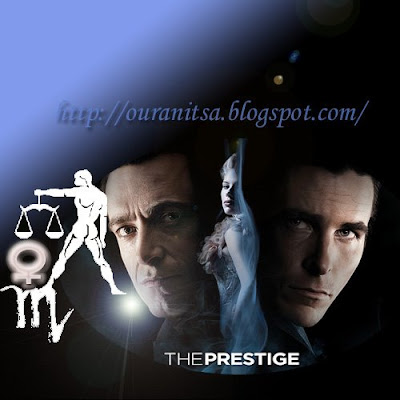 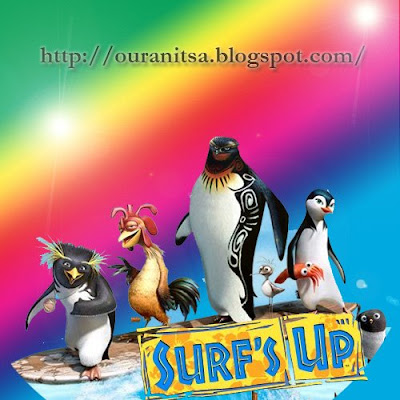 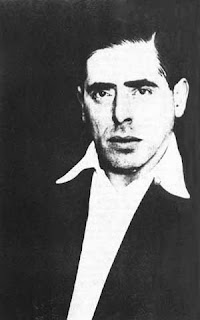 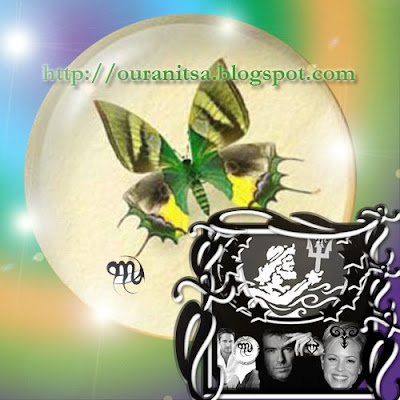 Astrology- City looks to the heavens for answers

Can astrology really help predict the direction of financial markets? Danny Penman talks to two business people who believe the answer is yes

Christeen Skinner blinks at the screen of her computer and takes another slurp of coffee. It is half past seven in the morning and she's preparing for a crucial meeting with the chief executive of the High and Mighty fashion chain.


Influence: Christeen Skinner (right) with Judith Levy
Apart from the black cat dozing on her lap, the only clue to Skinner's occupation as an astrologer is a copy of an ephemeris - a table of the predicted positions of celestial bodies - that lies open at a page marked "Mercury March 25th".

"The financial crisis has ensured that I'm busier than ever," says Skinner. "People in the City need to know what is just around the corner. I can help with that."

Skinner is one of a growing, albeit secretive, network of astrologers who work for seemingly conservative British institutions such as high street banks, City investment funds and retailers. Desperate to avoid financial meltdown and to spot fashions and consumer trends before they start, these institutions have turned to the planets to divine the future.

"Most academics distrust astrology and regard it as mumbo-jumbo," she says. "The thing is, it works. Nobody's sure how it works, but it does. Most of my clients are business people who are very canny. If it didn't work for them, why would they use it?"

advertisementOne of Skinner's clients is Judith Levy, chief executive of the High and Mighty retail chain. "I'm fairly pragmatic," says Levy. "I will only spend money on an astrologer if the decision I have to take is very important - the kind of decision that will cost me a lot of money if I get it wrong.

"When we launched our Kayak brand a few years ago we used astrology to decide the launch date. Since then, Kayak has gone from strength to strength. It is one of our best-selling brands."

As a practitioner of heliocentric astrology, Skinner believes that the planets, not the stars, have influence over us: each planet has a subtly different effect on our behaviour as it sweeps through the zodiac on its journey around the Sun.

Mercury, for instance, can be generally positive, except when it turns "retrograde". This happens when it appears to reverse direction and travel backwards through the zodiac. When this happens, roughly three times a year, communication begins to break down and travel plans may go awry. It's seen as a celestial spanner in the works.

Mercury's potential to wreak havoc has led many world leaders and military figures to plan their lives and campaigns to avoid its influence. Ronald Reagan and Boris Yeltsin would only travel and hold press conferences when the planets, specifically Mercury, dictated.

Hitler, a keen user of astrology, notably failed to take into account Mercury's influence. He launched the Battle of Britain and planned Operation Sealion - the invasion of Britain - just as Mercury turned retrograde. Both mistakes dealt serious blows to his plans for world domination.

While many decry astrology as bunkum, Dr Percy Seymour, an astrophysicist recently retired from Plymouth University, has his own theory of how this inexact science might work. He believes that low-frequency magnetic fields emanating from the sun interact with those of the earth, which in turn affect the functioning of the human brain.

"The magnetic field of the sun can be affected by the movement and position of the planets," he says. "Having said all that, I don't believe that the cosmos controls us, but it can influence us."

It's a neat theory, but does it stand up to scrutiny?

Jim Porter (not his real name), chief technical analyst for one of the largest banks in Britain, believes it does. He uses heliocentric astrology to predict the direction of the international financial markets.

Millions of pounds' worth of commodities, shares and currencies are traded on his command. His decisions may affect the values of your pension and your home, and perhaps decide how long you hold on to your job.

When I spoke to him late last year, Porter informed me that the position of the planets indicated a 3.2 per cent fall in the American markets. The following week, they fell 3.5 per cent.

"My attitude is that if you can test it, and it works, then it's just another tool that you can use to predict the direction of the markets," he said when we spoke again yesterday.

"I have tested it and astrology works. Used with other techniques, it can give you confidence, and the more confidence you have, the bigger the risks you can take."

Porter has recently compiled a report for a major central bank charting the likely economic trends of the next few years. "At the moment," he says, "Mars in Cancer is in opposition to Pluto in Capricorn.

This indicates a polarisation of opposing sentiments. Turmoil, in other words. This cycle ends around April 6." The Chancellor, Alistair Darling, will be delighted. "Sentiment will then recover and will turn down in early August. That phase will last for four to five weeks. There will be another shake in October," Porter asserts.

"In 2012 we'll be entering the precession of the equinoxes, which is the most important thing that's happened in the last 26,000 years. That suggests that something mega is going to happen. There will be a huge change in the world's psychology caused by a huge natural disaster or a massive change in spiritual beliefs.

"We have an interesting four years ahead of us."

Some might say we have an interesting few months ahead of us, let alone four years. Perhaps, if more financial experts had consulted the planets we wouldn't be facing a global recession. Then again, I doubt it.
Αναρτήθηκε από Ουρανιτσα η Οφιουχος στις 7:34 μ.μ. 1 σχόλιο: 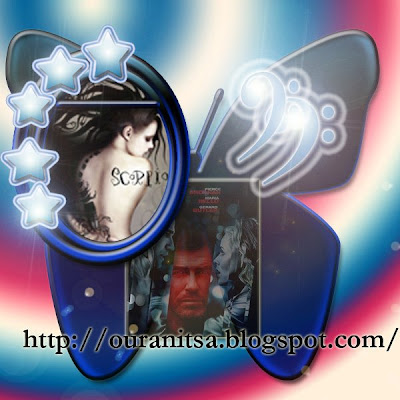 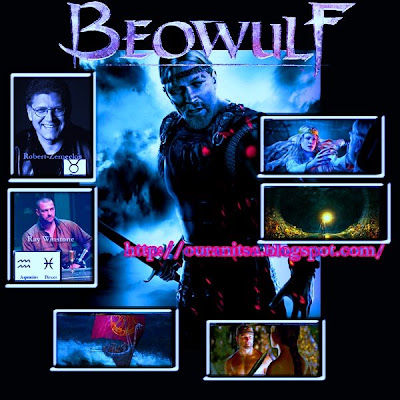 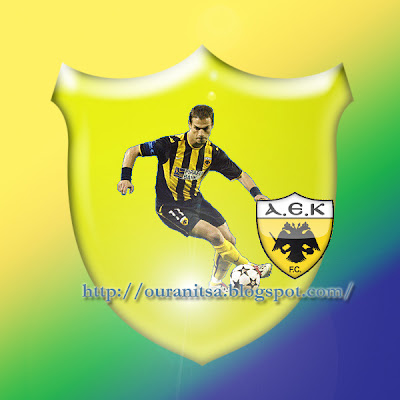