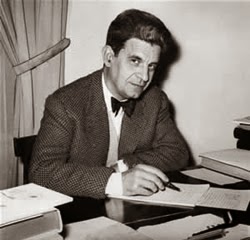 Horoscope enthusiasts will be happy to hear that a grand cosmic force does indeed seem to be responsible for controlling the direction of all life on Earth. However, this grand cosmic cycle has more to do with extinction than finding a tall, handsome stranger.

Early last year, research revealed that the rise and fall of species on Earth seems to be driven by the undulating motions of our solar system as it travels through the Milky Way. Some scientists believe that this cosmic force may offer the answer to some of the biggest questions in our Earth’s biological history.
The University of California, Berkeley found that marine fossil records show that biodiversity increases and decreases based on a 62-million-year cycle. At least two of the Earth's great mass extinctions-the Permian extinction 250 million years ago and the Ordovician extinction about 450 million years ago-correspond with peaks of this cycle, which can't be explained by evolutionary theory.
Elsewhere, a team of researchers at the University of Kansas came up with an out-of-this-world explanation for the phenomenon. Their idea hinges upon the fact that stars move through space and sometimes rush headlong through galaxies, or approach closely enough to cause a brief cosmic tryst.
Our own star moves toward and away from the Milky Way's center, and also up and down through the galactic plane. One complete up-and-down cycle takes 64 million years- suspiciously close to the Earth's biodiversity cycle.
Once the researchers independently confirmed the biodiversity cycle, they then proposed a novel mechanism whereby which the Sun's galactic travels is causing it.
It’s no secret that the Milky Way is being gravitationally pulled toward a massive cluster of galaxies, called the Virgo Cluster, which is located about 50 million light years away. Adrian Melott of the University of Kansas and his colleague Mikhail Medvedev, speculate that as the Milky Way rushes towards the Virgo Cluster, it generates a so-called bow shock in front of it that is similar to the shock wave created by a supersonic jet.
"Our solar system has a shock wave around it, and it produces a good quantity of the cosmic rays that hit the Earth. Why shouldn't the galaxy

have a shock wave, too?" Melott asks.
The galactic bow shock is only present on the north side of the Milky Way's galactic plane, because that is the side facing the Virgo Cluster as it moves through space, and it would cause superheated gas and cosmic rays to stream behind it, the researchers say. Normally, our galaxy's magnetic field shields our solar system from this "galactic wind

." But every 64 million years, the solar system's cyclical travels take it above the galactic plane.
"When we emerge out of the disk, we have less protection, so we become exposed to many more cosmic rays," Melott has said.
The boost in cosmic-ray exposure may have a direct effect on Earth's organisms, according to paleontologist Bruce Lieberman. The radiation would lead to higher rates of genetic mutations in organisms or interfere with their ability to repair DNA damage. In this way, the process could lead to new species while killing off others.
Cosmic rays are also associated with increased cloud cover, which could cool the planet by blocking out more of the Sun's rays. They also interact with molecules in the atmosphere to create nitrogen oxide, a gas that eats away at our planet's ozone layer, which protects us from the Sun's harmful ultraviolet rays.
Richard Muller, one of the UC Berkeley physicists who co-discovered the cycle, said Melott and his colleagues have come up with a plausible galactic explanation for the biodiversity cycle.
If future studies confirm the galaxy

-biodiversity link, it would force scientists to broaden their ideas about what can influence life on Earth. "Maybe it's not just the climate and the tectonic events on Earth," Lieberman said. "Maybe we have to start thinking more about the extraterrestrial environment as well."
Posted by Rebecca Sato.
Related Galaxy posts:
Mysterious Outburst from the Edge of the Milky Way
Cataclysmic Clockwork -Our Solar System's Deadly Orbit Through the Milky Way
GAIA -Mapping the Evolution of the Milky Way

noticeable shifts in the strength of gravitational force we feel?
Does this have any effect on the earths crust? (it is rather weak, relatively.)
So could deformations due to alterations of centripetal force cause the kind of flooding and coastline adjustments we've noted in historical past?
Posted by: gravityq | March 12, 2009 at 11:37 AM