Why Astrologers Need to Study Wittgenstein “The singular achievement of the controversial early 20th century philosopher Ludwig Wittgenstein was to have discerned the true nature of Western philosophy — what is special about its problems, where they come from, how they should and should not be addressed, and what can and cannot be accomplished by grappling with them. The uniquely insightful answers provided to these meta-questions are what give his treatments of specific issues within the subject — concerning language, experience, knowledge, mathematics, art and religion among them — a power of illumination that cannot be found in the work of others.”
Wittgenstein isn’t an easy immersion, but he’s worth your effort because the more you study his philosophy — which was actually, in spots, more akin to mysticism — the more freedom you might gain as an astrologer.
Like the closet mystic Carl Jung, Wittgenstein knew how to couch his propositions to pass the scrutiny of his peers (well, except for his mentor Bertrand Russell who he drove to fury by disregarding traditional formulations of logic.)
And because of this sketchy dance, between chilly logic and the nimbus of mysticism, I find Wittgenstein to be the most satisfying of linguistic rebels. His mix of the effable with the ineffable mirrors in a direct way how human beings toil with making sense (or a muddle) of astrology.
Like many philosophers Wittgenstein focused on the power of language to shape — and entrap us — in our world. And the same limitation develops in astrology with the application of ‘keywords’ and concepts to shape our understanding, to communicate our insights. There is nothing harmful in this application — I mean, none of us are telepathic (yet) — save for the fact that results very rarely achieve the sort of promise astrologers like to imagine being in possession of.
We end up mistaking the map of the Himalayans (the horoscope) for the Himalayans (the human being). And this distortion, this throwback into symbol, does not make for efficacious astrology. Yes, it allows for communication of sketchy outlines and impressions, but as Wittgenstein explained, we must remember that words “reach out to” referents, without really touching them. Astrology, I feel, can actually allow the astrologer to touch (perceive directly) the essence of each quality astrology has heretofore couched in symbolic structures.
This condition is doubly complicated by the fact that modern psychological astrology now employs Jungian archetypes to impart an air of legitimacy to the practice. But, ironically, the very foundation of astrological principle — that there is no separation between the cosmos and the particular, is undone by the concept of archetypes which reconfirm a dualistic relationship to the universe. This kind of loopy blind spot must stop. And Wittgenstein can help unravel the hypocrisy.
We speak of the planets as gods but then we define their qualities in human terms, reducing them instantly to human status, when, as living beings of a higher order, the planets do not correspond in a direct way to human qualities. A relationship does exist, but not in the subject/object way astrologers have couched it. As Wittgenstein stressed, we only can know what language allows us to know, and what lies beyond the realm of language is unspeakable: “Whereof one cannot speak, thereof one must be silent,” he wrote. And this is where the relationship between the human and the divine exists. Where astrology begins.
What is beyond speech and language is a different kind of perception, another kind of relationship, and this, ultimately is what astrology actually is: a relationship. It is not a science, art or religion — it might have facets that touch on each of those categories, but ultimately astrology is a relationship that is a living dialectic that defines, reveals directly, a unified field of existence. The complete Being-ness of reality. 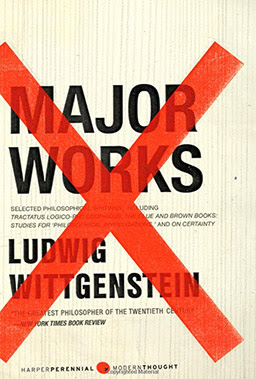 To move beyond astrology’s symbolic or archetypal matrixes invites direct knowing. A quality of communion that illuminates our consciousness to that of the cosmos’, not vice versa. This, then, is when astrology becomes a spiritual practice. Meister Eckhart warned: “That person never gets to the underlying truth who stops at the enjoyment of its symbol.”
Using archetypes to describe qualities that are inherent to each planet is like describing your relationship to your wife or boyfriend with a symbol. This is dehumanizing. People live through and experience their lives, not a collection of archetypes. Your wife or boyfriend is a living being; planets are living beings — there is no need to dilute the experience of one’s relationship to reality with a symbol or an archetype.
Astrologers have spent the last several centuries relying on the symbolic to create a lexicon for their craft, to allow the archetypal to replace the enchanting mystery of astrology’s logos — its beauty and potency. It is time to step beyond this limitation. Simply stated, astrologers need to stop anthropomorphizing the divine. We need to shut up and listen. Studying Wittgenstein can help.

Ετικέτες An Introduction to Astrology